Good morning Copic Markers this morning I am bringing you my card for the new challenge which is Spica Pens. We would like to see you use 3 spica pens on your creations. 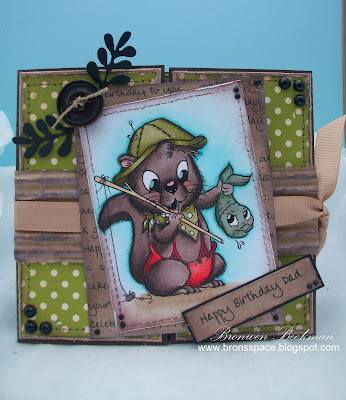 Here is the up close shot and if you look at the pants you can see it in there. Also the fish is completely covered in clear spicia and I have also used it around the outside of the image. Sorry I could not get a photo for you that showed it. 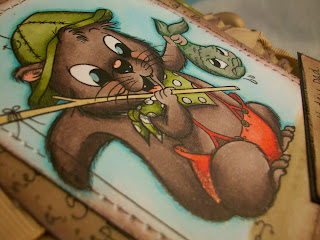 Anyhow this card is a gate fold card and is based on a card that I saw by the gorgeous Kellie. I am sure you will see though that I have made the card my own....I did however love how she had the sentiment stamp behind the image so I opened word and made my own and then just printed it on some Kraft cardstock.

I am also entering this card into this weeks Stamp Something Challenge - Digi week.

Now dont forget to drop by to Mad for Markers store for all your copic needs.

Thanks for stopping by today...until next time

Thank you for taking the time to stop by my blog. I hope you enjoyed what you saw...Have a fantastic day hugs

Welcome to my blog, I hope you enjoy having a look around and that maybe I can inspire you.
All my creations, including designs and photographs are mine unless otherwise stated. They are here for you to enjoy and to take inspiration from. If you do 'take' anything it should be for personal use only and should state the source if you post it on your blog. At no time should they be used for publication or design contests.